What percentage of my income do I pay in taxes?

While it is true that “the more you earn, the more you pay,” and it is possible that you’ll pay a higher percentage of your income taxes if you make more money, like most things related to the IRS, the story isn't so simple…
Written by Brass Taxes
Updated on July 25, 2022 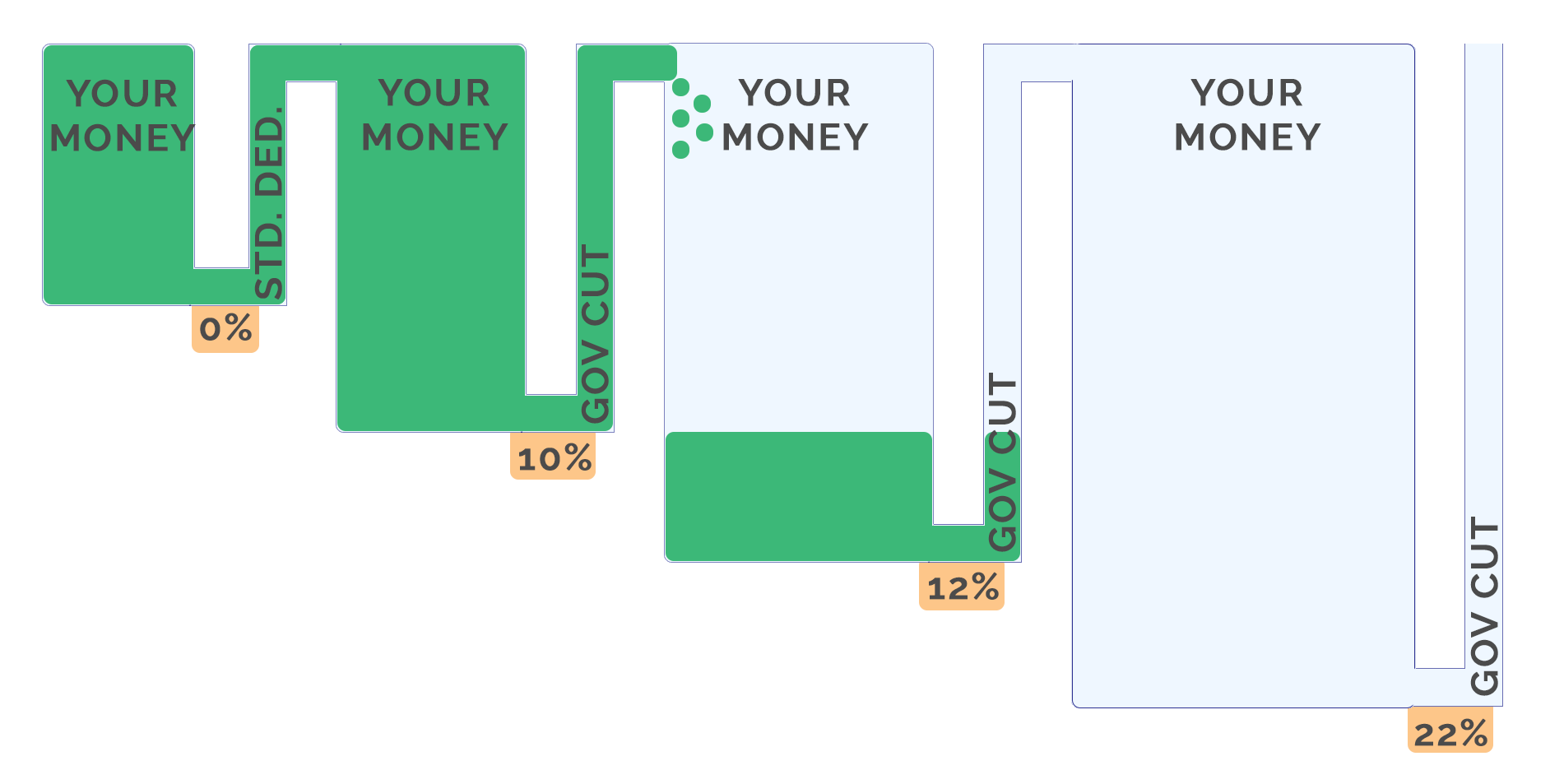 The US federal income tax system is a progressive tax system. This means that the higher your income gets, the more you’ll pay on some portion of that higher income. But that higher tax rate doesn’t apply equally to all of your income.

There is a common misconception that when you bump into a new “tax bracket” that all of your income is taxed at that higher rate. That isn’t actually true. Only those dollars of income within the higher “bracket'' are taxed at the higher rate.

Here’s an example that lays it out (keep in mind that the numbers below are only a ballpark and don’t take any specifics into account that could change the total, so they may not apply in your circumstances):

But for those of us who are self-employed, you’ve got to also keep self employment tax in mind. It comes in at around 15% paid on your profit for the year (income minus expenses), but again, as with all IRS topics, it’s not so simple as there are some additional deductions available for freelancers.

Don’t understand something you’ve read above or want to ask more questions? Ask your prepare to explain this concept in more detail during your appointment. We can also let you know your effective tax rate based on your unique situation. Create your account on BrassTaxes.com to book an appointment!